Making State Universities Cheaper Will Not Necessarily Make Them Better

The North Carolina legislature has passed a measure calling for three of its state universities to charge in-state tuition of no more than $500 per semester at three campuses: Elizabeth City State University, the University of North Carolina-Pembroke and Western Carolina University beginning in 2018. Out-of-state tuition at these three state universities would be capped at $2,500 per semester.

The three targeted state universities were supposedly chosen to ensure that North Carolina residents would have the option to attend a low-cost four-year public university that would be within 150 miles of their home. One of these schools, Elizabeth City State is a historically black university. There was much controversy reported as the legislation developed. It was originally written to include two other historically black state universities, Fayetteville State and Winston-Salem State, that were removed during the process of debate and redrafting.

I have never visited any of the targeted state universities, so I looked up statistics in US News, something that parents, school counselors or students can do.

Elizabeth City State only reported its freshman retention rate (just under 76 percent), its six-year graduation rate (38 percent), the alumni giving rate (just over nine percent) as well as its acceptance rate (52 percent). I also learned that the school competes in NCAA Division II (scholarship) varsity sports. I had to wonder why the school would not report the rest of the demographics that most other schools would supply to a national publication that outsells any other college guide. However, I was left with an impression that this school might be better served by dropping down to non-scholarship sports if it was truly struggling. Don’t blame me for judging the school. It was the school that did not paint a complete picture when they should have.

UNC-Pembroke supplied better information. It has just over 5,500 undergraduates; a freshman retention rate of 67 percent; a four-year graduation rate of 15 percent and a six-year graduation rate of 34 percent. I also found that 40 percent of the undergraduates live on campus, the alumni giving rate was four percent and that this school also participates in NCAA Division II (scholarship) varsity sports. I could see that this state university was more residential than Elizabeth City State. But I also got the impression that their students did not do much better at earning a degree and that the school might be better served by not competing in scholarship sports.

Western Carolina University has approximately 8,800 undergraduates. It accepted less than half (43 percent) of the students who applied to be part of the Class of 2018. Freshman retention was 76 percent. The four-year graduation rate was 39 percent; the six-year rate was 58 percent. Just over 40 percent of the students lived on campus. The alumni giving rate was five percent. This school competes in NCAA Division I (scholarship) varsity sports.

The $500/semester tuition is more likely to have a positive impact on Western Carolina than the other two schools for these reasons:

While the legislation might make Western Carolina a more affordable alternative to the flagship state universities in North Carolina as well as neighboring states, it does not come with assurances that the legislature and governor will appropriate money to make up for the losses in tuition revenue as well as needed funds to improve student success and after-college career preparation at these schools. Western Carolina might be able to make up some of the losses by charging special fees for the more career-related programs or by raising the costs for room and board while incorporating more academic programming into housing, which is often done with honors colleges.

If the North Carolina legislature had targeted schools that relied heavily on a commuter population, where almost no one needs on-campus housing and many students work and take classes at night, then I would have less of a problem with the deep tuition decrease. It would not only give these students a more affordable educational experience. It would also encourage them to take as many credits as they could if they wanted to be full time. It could also be a tremendous help for students who needed more time to complete a degree because of a change in major or a need for remediation at the beginning of their education.

However, the North Carolina legislature targeted three supposedly (because I have no housing demographics for Elizabeth City State) residential campuses. I doubt that more students will look at Elizabeth City State or UNC-Pembroke because of the every-day low price unless more money is spent towards student success and campus life. Dropping football (both schools play it), getting out of scholarship sports and redirecting the scholarship money towards academic and student support might be a good start.  Maybe the administrators agree to do this, the legislature lets them keep the money and matches it.

North Carolina’s community colleges fill educational needs for a commuter student population. Interestingly,  they charge a full time student just over $1,200 a semester, or $1,400 more than per year than the $500 target schools would charge. Western Carolina might see applications from prospective students who might have otherwise chosen the community college in the county where the school is located, as well as neighboring counties. The university’s admissions office might be able to show that their school became more selective as they turned many of these applicants away.  Then the politicians will be able to boast that the Tarheel State has another “great school.” 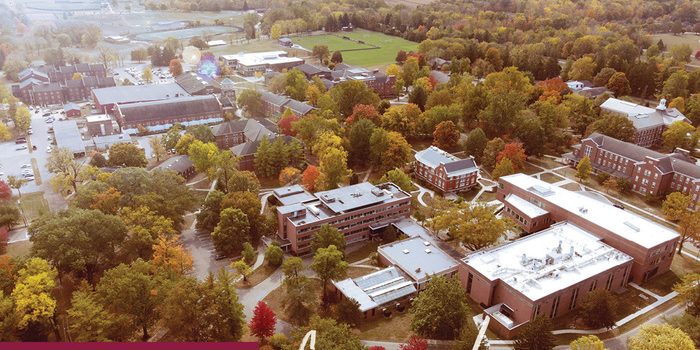