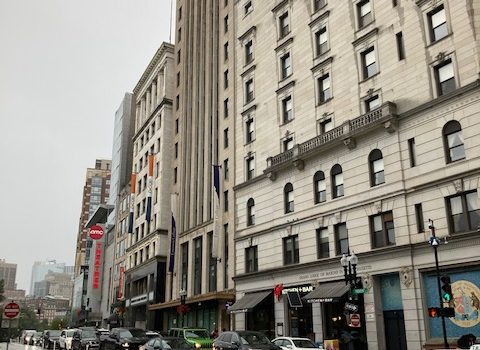 Getting To Know: Emerson College (MA)

Emerson College was the last school that I visited on my recent trip to Boston.  Surrounding Boston Common, the oldest urban park in America, and the Hub City’s theatre district, Emerson gets on many lists. It is one of the best schools for promising actors, comedians, filmmakers, marketers and journalists. Other majors such as Communication Disorders have spurned from these offerings.

It really helps to know what you want to study if you come to Emerson College.

There are many colleges including Boston University, Ithaca, Northwestern and Syracuse that offer an excellent education in the same majors. However, those schools also have many more students who pursue degrees in other majors. t is possible, for example, to switch within the business and journalism programs, or shift from journalism to communication disorders. But my hunch was that students who chose a major at the start stuck with their major and added minors when they could.

I also felt that the extracurricular activities were more career oriented than I have seen at other colleges. From my tour and listening to YouTubes I felt that students were more pre-occupied with getting into the right production or internship than I have seen elsewhere. Given this and the campus setting, Emerson feels like a fishbowl.

Emerson College is selective in some, but not all, of its degree programs.

Admissions have been test optional for some time, but the middle 50 percent scored about the same over the five cycles for the Classes of 2021 through 2025. For the SAT the range is between 1200 and 1400 and for the ACT it was between 28 and 32. Talent will likely outweigh scores if the academic record is strong.Those who get in tend to stay and graduate. Emerson retained 87 percent of the Class of 2024. Seventy-nine percent of that entered in 2015 graduated four years later.

Emerson also has a second campus in downtown Los Angeles. The contrasts between this campus, which definitely makes an architectural statement, and the Boston campus, a collection of renovated early 20th century buildings, is striking. Take a virtual tour of the Little Building to see how Emerson paid attention to renovations. There is not a lot of “campus” to Emerson in Boston. But I liked the attention to detail and academic needs in the renovations. I dropped three more photos below. 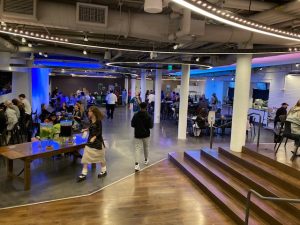 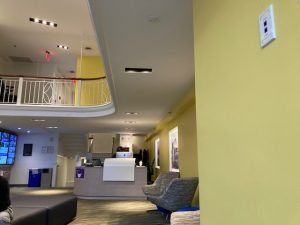 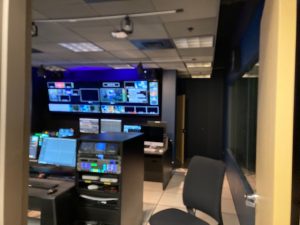 While Emerson is quite urban, I didn’t feel like I would be a “student citizen” of Boston.

When I visited the larger schools, Boston University and Northeastern, I felt like I was at a school where the campus community did not bond around student activities or campus traditions such as athletics. To me they felt like places where you found your friends and bonded around shared interests around the city, especially after you moved off campus. My phrase for students who attend these schools as well as NYU is “student citizen.”

With Emerson I felt that the students bonded around their degree program and student activities, especially in the performing arts. You might talk advantage of discounts to see movies and plays in the neighborhood. But you were just as likely to see your classmates in their own productions or read their contributions to a print or online medium. But the bonding and small number of buildings  and gathering spaces made Emerson feel more like a fishbowl.

The college’s most recent Fact Book shows that over 13,000 alumni reside in Massachusetts while more than 6,000 reside in California. Nearly 4,600 reside in New York. There are also over 1,000 alumni in Connecticut, Florida, New Hampshire, New Jersey and Pennsylvania. Over 300 are in China. 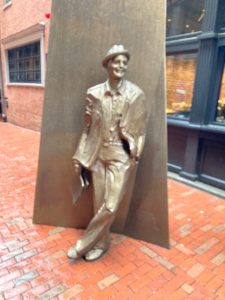 This experience is expensive.

Emerson College does not post a Common Data Set, nor did the school provide student aid and debt information on its Web site. I found some information for students entering Fall 2020 on DataUSA, a source that I have used before. Direct charges–tuition, fees, room and board–alone are over $70,000.

In addition, the Fact Book  mentions that while Emerson students must live on campus or study abroad for the first three years, they are not guaranteed housing for their last year. As I covered in my prior posts about Boston area schools, the Boston rental housing market is one of the most expensive in the nation. In addition, given the school’s location, housing within walking distance of campus will be tough to find.

I had to wonder, given the selection of majors, costs and locations, if Emerson might be a better option for a transfer student who comes from a cost conscious family. Such a student could take their first two years at a community college or regional public college, or a school that will offer more generous aid, then apply to transfer to Emerson.

As someone who considered studies in politics and journalism as well as marketing, I felt that Emerson College offers an immersive experience that would be tough to find at a liberal arts college as well as many state universities. For example, few state universities are heavily invested in a separate school of communications and journalism, though more have a separate school for the performing arts.

Emerson College is shopped versus other schools that have strengths in similar majors including Boston University, Ithaca College, Northwestern and Syracuse. However, those schools also have many other majors besides communications and the performing arts. It is possible to continue your education at those schools if you would like to move on to a liberal arts,  business or education program. That is a lot less possible at Emerson. This is a school for someone who is serious about a craft at the start. It is more likely to be self-selected because of the academics.