Getting To Know: Michigan State University

Michigan State University proudly markets itself as a large school that’s like a small city. With nearly 39,000 undergraduates, third most in the Big Ten, after Ohio State and Penn State, I would agree.The College of Engineering, among other divisions, helps recruit future Spartans. It not only hosts the statewide robotics championships; it also hosts summer camp programs for K-12 teachers and students.

I had the privilege of visiting Michigan State University for the first time in April and came away with lots of material. There’s also many photos on Pinterest for you to check out. I have not been to a flagship state school that sells itself better to prospective students than Michigan State. Attend an information session and you not only get a poster that makes the place feel  less overwhelming. You also get to talk to quite a few student ambassadors before you get on your tour.

To date, about a fifth of Michigan State’s undergraduate student body comes from other states and countries.The “other Big Ten school in Michigan” gets over half of its undergraduates from outside the Great Lakes State, aka ‘The Mitten’. Michigan State students, aka Spartans, I met on and off campus during my visit seemed happy with their experience. Michigan State has retained at least 91 percent of every freshman class that has entered since 2011. The four-year grad rate rose from 52 percent for the freshmen who entered in 2011 to 65 percent for those who entered in 2017. These are impressive numbers for a school that welcomes around 9,000 freshman each year..

With over 5,000 acres, Michigan State has the second largest campus in the Big Ten after Penn State-University Park.

Michigan State has many nice buildings, old and new, including those in the photo up top. The most interesting one is this former power station by Spartan Stadium, now classrooms and collaborative spaces for a STEM innovation center. Michigan State is even collecting suggestions from the students to improve this building!  There’s a great “four-seasons” sequence on YouTube to help you get acquainted with Michigan State. This is a huge place, so be prepared to tour by bus, bike or car as well as on foot. 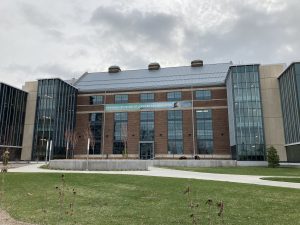 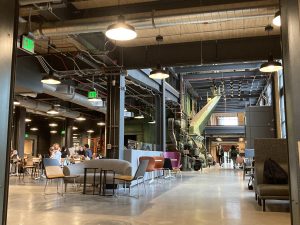 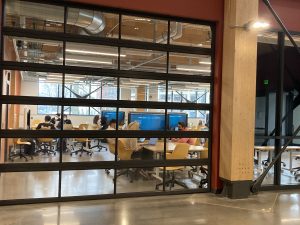 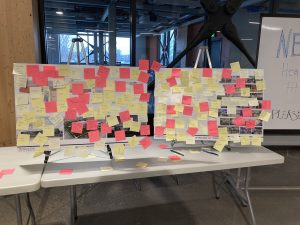 Michigan State is a school where you can drown in opportunities in majors, minors, and teaching minors.

There are also some highly regarded programs in subjects such as Advertising Creative and Advertising Management, Hospitality and Packaging Science that are tough to find anywhere. Nine undergraduate programs earned “top 20” rankings in US News. Engineering has grown rapidly in popularity from 700 incoming freshmen just over a decade ago to over 1,700 today.

Academic advising is going to be real important if you come here undecided on a major. There are several restricted majors that have additional requirements if you hope to transfer into them. In these instances the university asks a prospective student to select a second major. It’s going to be tougher to transfer into the business school, which had direct admission for only the first time this past cycle.

Michigan State does a lot to make a very large university feel smaller.

Among the larger schools that I have visited, only Maryland and Rutgers come remotely close to Michigan State at trying to offer more personalized educational experiences for those who seek them. Michigan State’s three degree-granting residential colleges, Arts and Humanities, James Madison and Lyman Briggs collectively have 3,700 students. Arts and Humanities is self explanatory. James Madison is organized around public policy, law and political theory and social justice. Lyman Briggs, the largest, is organized around the natural and physical sciences. Each residential college has its own requirements, student-faculty governing body and residence hall.

Spartans can also opt for a non-degree granting  residential learning community such as Business or CoRe for Engineering. US News rankings don’t mean much most of the time. But Michigan State ranked fourth among schools of all sizes for learning communities, and first among large public flagships.

There’s lots of options if you get into the Honors College.

Admissions to special opportunities are achievable–if you act quickly.

While Michigan State University has committed to test optional admissions, the middle 50 percent of students who took the SAT scored between 1110 and 1310. Among those took the ACT, the middle 50 percent was between 23 and 29. The 75th percentile, combined with an unweighted GPA of 3.9 or higher would be the mid-pack student at Rutgers-New Brunswick, Penn State-University Park or Pitt.  A good essay and timely application through Early Action could mean an acceptance into the residential college, learning community or popular major you want, and possibly the Honors College.

Outside of these special opportunities, Michigan State is a really big place.

The undergraduate engineering and business schools alone have around 13,000 undergrads, about the same as the undergrad student body at the University of Toledo, the school that I visited before coming to East Lansing. The university reports a student-faculty ratio of 16 to 1. But a quarter of all classes have more than 50 students and 14 percent had more than 100. I compared this to Rutgers-New Brunswick where the numbers were 21 and eight percent and Penn State-University Park where they were 17 and seven percent. However, there’s a lot of “feel good” spirit to this place that I have seen at Penn State that could influence a decision among those who want to go to a very large school.

There’s no shortage of things to do on this campus.

With over 900 clubs and organizations on campus, any Spartan could find an extracurricular match for resume building or fun and friends. Interesting to me, while Michigan State is a Big Ten school with a lot of spirit and big-time sports, Greek social life is not overly important, attracting just over 10 percent of the undergraduate student body. Downtown East Lansing has more than enough dining and drinking places to support the student body, as long as you don’t need to pay for parking. The university and its entertainment facilities are  large enough to attract any speaker or concert that the students could possibly want.

Housing options are divided into neighborhoods

Michigan State has a two-year residency requirement, so it’s best to choose housing with two years in mind. If you opt for one of the degree-granting residential colleges or an residential learning community, it’s best to choose the halls that host them for your first two years, then move on to apartment living, if you want. Apartments.com showed apartment listings as low as $400/person/month but you have to check where the apartment is versus the locations for your classes and access to the free campus bus services versus the ones where you must pay a fare.. Parking is really tight on this campus and paid meters are everywhere.

Football is the most prominent sport, though men’s basketball has had more recent successes

Football is king at Michigan State, because of the sheer size of Spartan Stadium (75,005 seats) and the high profiles of the opposing teams. Interestingly, Michigan State is not one of the original schools in the Big Ten. The university was not offered admission until 1949 and had to wait until 1953 to compete in football. The Spartans were  National Championship in 1951 and 1952. In those years when Detroit dominated the world’s auto industry, Michigan State was known as “America’s Football Factory.”

Michigan State has won or shared the Big Ten Championship nine times, including the inaugural year in the conference in 1953. The Spartans also won  National Championships in 1965 and 1966. They also also one of three Big Ten programs to make the Championship Playoff,  losing to Alabama in 2015. Fourteen Spartans have been inducted into the College Football Hall of Fame, three into the Pro Football Hall of Fame. Like most schools that are serious about football, Michigan State has built some impressive support facilities. 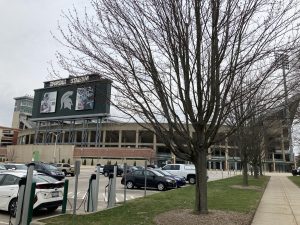 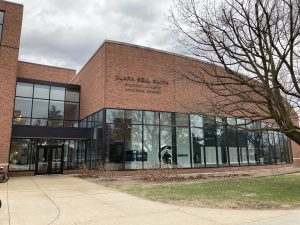 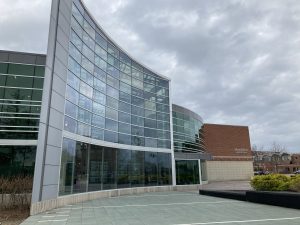 The men’s basketball program has won two NCAA titles. The first came in 1979 led by then-sophomore Earvin ‘Magic’Johnson who would go on to lead the Los Angeles Lakers to five NBA championships. Michigan State might not have a football alumnus who reached the heights of Tom Brady, but Michigan has not produced a basketball player who excelled like Magic Johnson! Two of his teammates, Greg Kelser and Jay Vincent, would also go on to pro careers. The second title came in 2000 under current coach Tom Izzo, who has also taken the Spartans to eight Final Four appearances, 24 trips to the NCAA Tournament, ten Big Ten championships, ranking in the top 25 in average home attendance since 1990. 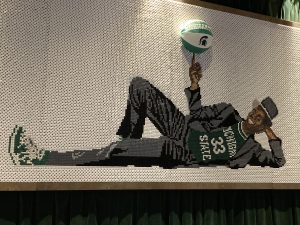 The Spartan experience can be a great value for the excellent student, expensive for an average student.

The larger merit awards make Michigan State quite competitive with Home State U in states such as California, Illinois, New Jersey or Pennsylvania where flagships that have high resident charges. The Honors College also has its own scholarships. Michigan State also awards scholarships to National Merit Scholarship semi-finalists and finalists. Most flagships do not.

The career services and alumni experience can be of lasting value, too.

It will be quite easy to find a Spartan watch party in any major US city as well as keep up tabs through the alumni club network. Career services are excellent within the Big Ten, and Michigan State’s services are among the most comprehensive anywhere. The undergraduate colleges and residential colleges also have their own career advisors. The engineering career fairs will be among the largest you will find at any US university.

Michigan State is a great value for an excellent student who might otherwise choose a more selective public university. The residential learning options make the experience more personal and rewarding to anyone who knows to ask for them at the start. This and the several unique majors separate Michigan State from other flagships in the Big Ten and elsewhere.