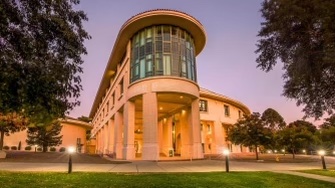 The more ambitious college applicants have a “dream school.” For some, Cal Poly San Luis Obispo might be their “California Dream School.”

I attended a virtual counselors briefing conducted by the Cal Poly San Luis Obispo admissions office and gathered a lot of information as well as photos for you. In addition to the photos you’ll find on Pinterest, my friends Donna Siegel and Cristine Butler at College Click sent me several nice photos, five of which you will see here. Donna’s daughter, Hannah, attends Cal Poly San Luis Obispo, and she was also generous with her time. I hope that you will listen to our conversation.

Why might Cal Poly San Luis Obispo be the California Dream School?

When someone from New Jersey or Pennsylvania might dream about California, they could imagine sunshine, beaches, palm trees and plenty of things to do outdoors, even in the winter time. Cal Poly San Luis Obispo, aka ‘Cal Poly SLO’ or ‘Cal Poly Slow’, has easy access to all this, and more, San Luis Obispo, population 47,000, is a true college town, because the college is the major industry in town. Most everyone is a student, faculty member or staff, or a retiree who wants to feel young.

Cal Poly San Luis Obispo does not have a high profile athletic program or a large Greek social system.  Greek social life attracts only six percent of the men and ten percent of the women. But it does have a nicer, student-focused community than many other public universities with more famous names.  I’ve dropped some photos here to check out. The love for this school comes from the love of the academics as well as the community. There’s plenty for college students to do here, and there’s a downtown Farmer’s Market on Thursdays where they can find ingredients for their meals. 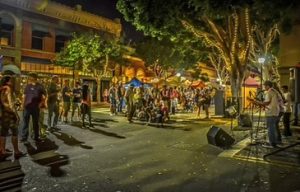 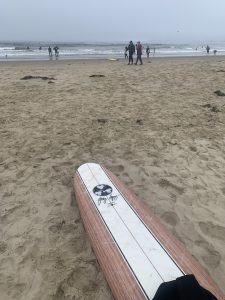 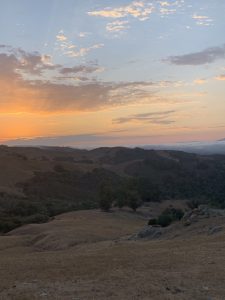 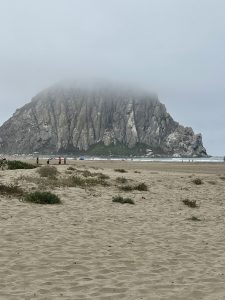 Are the academics part of the California Dream?

Cal Poly San Luis Obispo has more than 60 majors within six undergraduate colleges as well as many concentrations. Imagine taking an inventory of every pre-professional major offered in the University of California (UC) system, including some unique subjects such as Vitaculture, important if you plan to grow  grapes and brand your own wine. Chances are that you will also find that major at Cal Poly San Luis Obispo. This school has a small selection of undergraduate majors, though if offers many minors, for a public university with over 21,000 undergrads.

The student-faculty ratio at Cal Poly San Luis Obispo is 19 to 1. However, only 12 percent of all classes taught in 2020-21 had over 50 students. Only five percent had over 100. UC Santa Barbara (UCSB) might be the closest University of California campus in terms of undergraduate student body size. UCSB has a lower student-faculty ratio (17 to 1), but there are doctoral candidates around to help teach classes. A fifth of the classes at UCSB have over 50 students. Nine percent have over 100. However, there are only 1,000 grad students at Cal Poly SLO, none seeking a doctorate on campus. Cal Poly San Luis Obispo grants only bachelors and masters programs.

You can get a personal educational experience–if you know what you want.

Cal Poly accepted 31% of all applicants who wanted to enter last fall. However, that’s really deceiving. Some majors will have higher bars than others.  Like the University of California campuses, Cal Poly San Luis Obispo is test free. Your SAT or ACT scores are not considered in admissions. However, unlike those campuses, you are not asked to write essays or provide letters of recommendation. That leaves everything to “fit to major.”

Fit to major means that your academic and extracurricular activities list should reflect positively towards your interests in a major, especially in agricultural sciences, architecture, business, computer science and engineering. If you want to be an engineer, for example, near-perfect grades in Calculus, Chemistry and Physics, memberships in engineering related clubs and awards competitions will be important for admissions. In addition, you cannot apply Undeclared, then pick a major later in your education.  You can choose an alternate major, but still be denied admission to the university.

I did learn that about a third of Cal Poly students do change majors. However, poor grades at the beginning of your education can hurt you. Get in that situation and you need to raise your GPA by earning excellent grades in your general education courses as well as any pre-requisites that you must take to get into your new intended major–presuming space is available in that major, and possibly, if you might have qualified for admission to that major when you applied to the university while in high school.

If you go to Cal Poly, you quickly learn two phrases “Upside Down Curriculum” and “Learn By Doing.” Cal Poly wants first-year students to dive into challenging courses in the major in the first and second year; you fill in the gen-eds furthest from your major as you go. Learn By Doing means that experiential learning opportunities–hands on projects, co-ops and internships–start earlier than they would at the Flagship State U in most states. Cal Poly faculty have gone further to explain Learn By Doing in interesting ways.

I already covered how this works in the post about UC Riverside. If you’re a Californian a quarter system will not shock you. Seven of the nine UC campuses, community colleges, Stanford and Santa Clara University run on a similar calendar. However, you don’t see  East Coast schools on quarter systems. Drexel University (PA) is the only one that comes to my mind.

The nice part of a quarter system is that you can take 12 courses over an academic year if you decide not to do a summer session. The down side is that the work goes faster in ten weeks than it does in 15 or 16, even if you’re taking one less class. Students also have school through the beginning of June. Your friends at schools that run on semesters might be done by the last week in April.

You might love this place, but you might have to plan on being here more than four years.

Cal Poly San Luis Obispo has had freshman retention rates of 94 or 95 percent since 2015, among the best among American public universities.. However, only the most recent four-year grad rates available (2016 and 2017) have reached 60 percent. This reminded me of a session that I attended several years ago at Georgia Tech, where the audience was told to plan on spending five years in campus if they chose to study engineering. You might need the extra quarters to make up coursework, go on co-op (work full time then return to school) or even earn a master’s degree if you started college with a lot of AP credits. There are over 50 masters programs to choose from.  The five-year grad rate most recently reached an excellent 83 percent.

It seems like those who enter Cal Poly San Luis Obispo want to stay, and are less willing to give up, even if it takes more time to get the degree. However, the Cal Poly alumni communities in California that are on LinkedIn.com alone are huge. There should be no problem for a diligent person to find co-ops, internships or jobs in the Golden State. However, it will be tougher to make connections outside of the West Coast.

The costs are reasonable, though merit aid is limited.

If you’re from California and have pre-professional motivations and a strong transcript with serious rigor, this school should get on your list. It’s one of the best buys in the Golden State, with an estimated total cost of attendance of just under $31,000. That includes tuition and fees, room and board on campus and estimates for incidentals such as books and transportation home.

Non-residents make about a fifth of the undergraduate student body, higher than any UC campus. Their estimated total cost of attendance will be just over $50,000. That’s about the same as a full pay New Jersey resident would pay to go to UDel or Penn State when transportation costs–including rides too and from the nearest major airport–are factored in. It’s also about $20,000 less than the non-resident costs to go to a UC campus.

Room and board charges are high, estimated to be over $16,000. However, first-year students are expected to live on campus. The Colleges of Architecture and Environmental Design. Agriculture, Food, and Environmental Sciences and the College of Engineering have two-year residency requirements.. If you are enrolled in one of the other colleges for your first year, you will have a tough time getting on campus housing for the second year, because there are only 6,000 beds on campus. Don’t be surprised if local landlords will expect you to pay as much as you would to live in a major city. The local housing market near campus is tight and expensive.

Cal Poly San Luis Obispo got on my Public Ivy list last year for costs and student success, especially when you want to build a resume through internships or co-op or leave with a bachelors and a masters degree. This is a tough school to beat if you want sunshine, recreation and a nice college town to go with your education. However, you should really have a good idea about your desired course of study to get the experience you want.

Listen to my conversation with Hannah Siegel now!