The admissions office is the front door to The College.

Getting to Know The College of William & Mary

I was not a college advisor when I first set foot on the campus of the College of William & Mary. But I did visit campus with my parents years before as part of touring Colonial Williamsburg. . I’m hoping to tour campus in post-pandemic times, but for now I can only take a virtual visit. I gathered a few photos on Pinterest for you and watched a few YouTubes to gather more impressions. This is one of the few schools where the undergraduate admissions office has its own YouTube page. Caroline Ward, Assistant Dean of Admission, covers New Jersey for William & Mary. She was quite generous with her time and patient with my questions.

Like Boston College, William & Mary has called itself a college. But it is really a research university.

The College has more than 6,200 undergraduates as well as more than 2,600 graduate and professional students. Undergraduates earn degrees in the liberal arts, business and education, including six jointly-awarded degrees with St. Andrews University in Scotland. The College was recognized as one of the first Public Ivy schools in 1985. It’s the second oldest college in America (after Harvard) and the first  to have a chapter of Phi Beta Kappa, the country’s oldest academic honor society. William & Mary is also a national leader at study abroad and producing Peace Corps volunteers. It also runs its own academic year and summer programs in residence in Washington DC.

The College, however, changed it’s branding slightly to reflect a broader mission. Visit their Web site and you will see that the school refers to itself as ‘William & Mary’ versus ‘College of William & Mary’. This helps the school’s admissions team address questions from parents and students who are considering William & Mary versus public and private research universities, not small liberal arts colleges.

There are some important academic differences between William & Mary and many flagship universities.

In addition to being a smaller undergraduate focused school, William & Mary students share a common College Curriculum. This includes:

UVa. has similarly rigorous general education requirements. But most larger state schools do not.

Unlike other high-profile research universities, William & Mary does not grant degrees in engineering. Students have the option to apply to a 3-2 program with Columbia University. They also have the option to major in Engineering Physics and Applied Design. Combine this with a Business Analytics or Economics minor and you would have an interesting combination for an internship or full-time job in management consulting. Forty percent of William & Mary undergraduates major in Math or the Sciences. There are two interesting science minors that you don’t see at many schools: Kinesiology and Health Sciences and Marine Science. If you like what you see as you consider William & Mary, and want to become a physician, check out the school-specific pre-health advising handouts available from the pre-health advisor. You won’t find information this well developed at most other schools

In addition, William & Mary does not have a separate honors college as larger schools do. About ten percent of a freshman class, and some rising sophomores, are selected to be Monroe Scholars. These students have the opportunity to do a summer independent research project after their freshman year as well as a $3,000 grant to do independent research during their sophomore or junior year.

On that note William & Mary is much like an Ivy League school. From taking a virtual tour you feel that you want to be part of the college’s history and school spirit. This is also one of the few public institutions where the majority of the undergrads live on campus. However, William & Mary does not have the athletic tradition that you might find at UVa. or UNC-Chapel Hill. The Tribe competes in the Colonial Athletic Association. That’s a conference where football teams play in playoffs, but do not get into a bowl game for winning half of their games. The college had  plans to drop seven sports. But they were scrapped during the past fall. William & Mary plays 23 NCAA D-1 varsity scholarship sports, two more than UVa.

What impresses me is that the College has grown.

Ivy League and ‘Ivy-Like’ colleges are often criticized for not making room for a larger number of qualified students. But this criticism cannot be applied to William & Mary. In 1985, the first year that the school was noted as a Public Ivy, William & Mary had just under 4,800 undergraduates. It has grown the undergraduate student body by over 1,400 since then, and more than 600 over the past ten years alone.

The College accepted 42 percent of the prospective freshmen who applied to be in the Class of 2024. In prior years about a third got in. William & Mary has test optional admissions. But it does consider scores to be very important if you decided to submit them. For those who submit, grades and test scores to get into William & Mary should be about the same as they would be to get into UVa. That would be a GPA of 4.0+ with rigor, an SAT of 1390 or higher, or an ACT Composite of 32 or higher.

If you really like what you see and learn about William & Mary, and the costs can work out, apply Early Decision. The College took over half of the students who applied ED, and those students made up 40 percent of the freshman class.

The College has done an excellent job at retaining and graduating its students.

William and Mary has some of the best retention and graduation rates of any American research university. Freshman retention slipped a little (93 percent) for students who entered in 2019, likely due to the pandemic. But it averaged 95 percent each year since 2008. Eighty-five percent of the freshmen who entered in 2014 finished on time. This school has graduated over 80 percent of each class that has entered since 2011. Only UVa and UNC-Chapel Hill do consistently better among public universities. One reason: the student-faculty ratio is 12 to 1. That’s about the same as a small liberal arts college, and most William & Mary faculty are full time, teaching undergrads. Only 14 percent of all classes taught at William & Mary in 2019-20 had more 40 or more students. At UVa. this number was 21 percent.

The history, network, academic approach and data are good reasons to consider William & Mary a Public Ivy. So is the value-for a Virginian.

The College reports that it will meet 100 percent of demonstrated need–your family must do the CSS Profile–for Virginians. It has also honored a promise to hold tuition and fees for entering resident students to freshman levels for the past eight years. Resident tuition and fees will exceed $24,000 for 2021-22, the highest such charges in the country. But that’s less than half the charges for a private Ivy League school. About two-thirds of the students who graduated in 2019 had no student loan debt. Those who tool out loans owed just over $26,000. That’s a little below the maximum ($27,000) that they could have borrowed through the Federal Student Loan program. The average need-based scholarship–awarded to about a third of the freshmen–was nearly $19,000.

Non-residents make up 35 percent of the undergraduate student body.  But this year many will be asked to pay around $47,000 in tuition and fees. That’s about $10,000 less than they would pay to go to a private Ivy or “Ivy-like” school. But that’s still among the highest non-resident charges in the country after UVa. and the University of Michigan. Aside from the Monroe Scholars program, tied to independent research, William & Mary has two small, but generous, scholarship programs that require a student to maintain only good academic standing.

The alumni network is impressive.

Nearly 14,000 of the Tribe registered on LinkedIn.com are based in or near Washington DC.  Over 4,600 thrive in or near New York City.  There are communities of 1,300 or more in Boston, Philadelphia and San Francisco. Three US presidents graduated from William & Mary: Thomas Jefferson, John Tyler and James Monroe. Other alumni include actors Glenn Close and Linda Lavin, former FBI Director James Comey, former Defense Secretary Robert Gates, comedian Jon Stewart, and Pittsburgh Steelers head coach Mike Tomlin.

If someone told me that William & Mary was a Public Ivy for Virginians. I would never argue.

Quite frankly, if I could get in as a Virginia resident, and did not want to go to a larger school, I would say yes, if the academics and costs worked out. I would see no reason to go to a school such as Duke, Johns Hopkins or a mid-sized Ivy such as Brown, Harvard, Princeton or Yale, unless they seriously undercut the resident charges at the state school. I doubt that I would get more for the extra costs of the private school than I would get at William & Mary. Non-residents have different considerations. Academics and community are certainly two. But costs have to work out for the cost conscious. 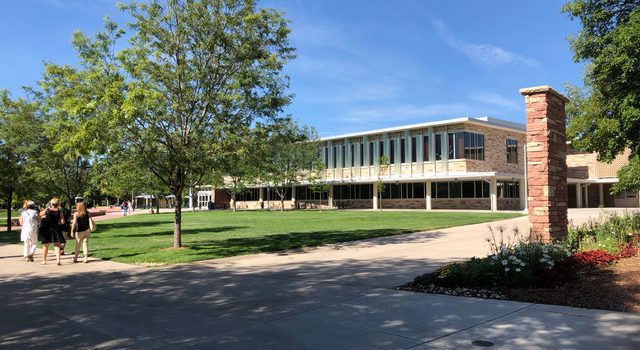 A Visit to Rhode Island School of Design (RISD)